Cinematographer Craig Kief’s impressive body of work spans numerous genres and styles, making him a perfect fit for a diverse set of directors.

Kief recently shot the first season of CBS’ The Unicorn, following a newly-widowed father who struggles with the full responsibility of raising his two daughters while he navigates intense popularity after returning to the dating world. Also for television, Kief lensed the pilots and first seasons for: the 1970s-based The Kids Are Alright for director Randall Einhorn and ABC; Me, Myself and I for CBS; and The Mick for FOX.

Earlier, Kief shot the sophomore mockumentary film Tour De Pharmacy, from the team behind 7 Days In Hell, both of which were for HBO. The film stars Andy Samberg and follows the 1983 Tour de France – told through mixed media archival footage Kief shot with vintage video cameras. Simulating the television coverage of the Tour’s mountainous ride required a variety of rigs, camera cars, and drone work.

The 2015/16 television season brought Kief’s first network pilot and show, The Muppets for ABC. After his experience shooting several commercials for The Muppets, Kief was chosen to shoot the series in part because of the highly technical nature of the production. Every single shot was both a visual, and a special effect. The series broke new ground for the ensemble, photographing them in a kinetic style with as many as six cameras at a time that had never been done before.

In addition, Kief shoots commercials for clients such as Apple, Under Armour, Disney, AT&T, Google, and many others. He has also lensed dozens of music videos, including Lovett's 'Eye of the Storm', which earned Kief a nomination for best cinematography at Camerimage, and an article in American Cinematographer. Other projects have been covered elsewhere in American Cinematographer, ICG, IndieWire, Post Magazine, and Cinefex.

Prior to working as a director of photography, Kief spent several years as a commercial and indie film gaffer, and graduated from the Florida State University Film School, where he received the ASC Gregg Toland Heritage Award Honorable Mention for one of his films. 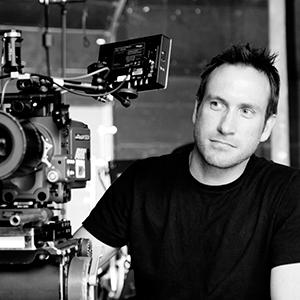